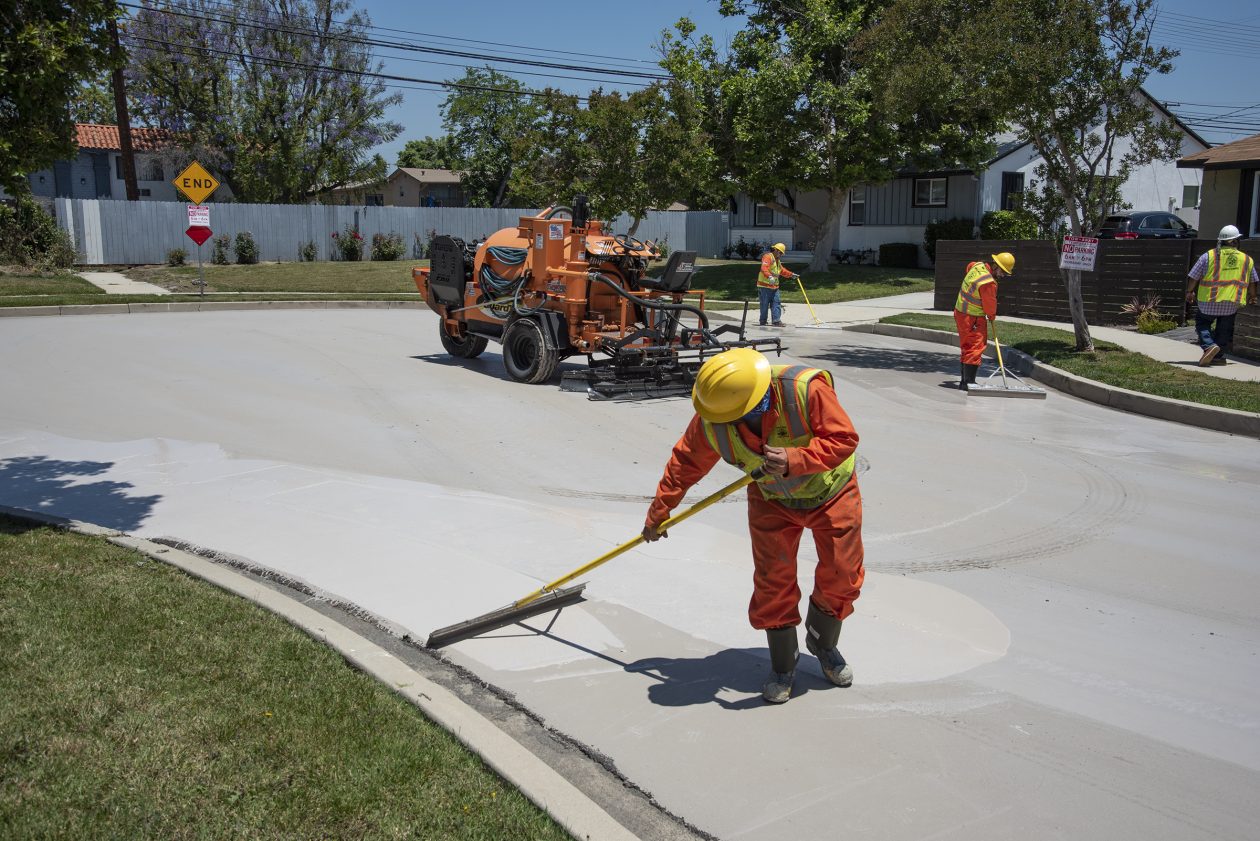 In alignment with the Mayor’s Green New Deal for Los Angeles which includes reducing urban/rural temperature differential by at least 1.7 degrees by 2025 and 3 degrees by 2035, StreetsLA is leading the way to making our streets cooler, healthier, and more sustainable. As part of the Green New Deal, cool pavements are part of an overall approach to achieve neighborhood-level cooling by concentrating multiple investments, which also includes planting shade trees, expanding vegetated parkways, with stormwater capture, installing bus shelters and shade structures. Neighborhood cooling is an important strategy to encourage walking and transit use. StreetsLA will use data to identify priority areas in the City where the need is greatest and there is a high urban heat index.

IRF: What did the pilot consist of?

StreetsLA started the cool pavement pilot program in 2017 by installing it on 15 residential blocks (one in each Council District). Los Angeles was the first city in California to test cool pavement on public streets.In May and June of this year: StreetsLA did three neighborhood cool pavement projects in the San Fernando Valley: Winnetka, Sun Valley and Pacoima. Each project involved cool paving on 10-12 blocks. In October, we unveiled our first urban neighborhood cooling project in which a combination of cool pavement, trees and shade structures at bus stops were installed along a two-block area of South Los Angeles with the goal of doing six of these projects by 2021 and 10 by 2025.

IRF: How are preliminary results informing your next steps?

Our preliminary testing has been focused on the surface temperature of the roadway, comparing cool pavement treated roadway with nearby untreated black asphalt. On warm summer afternoons, the cool pavement surface is 10 to 15 degrees Fahrenheit cooler than nearby black asphalt. We are currently working with researchers from UCLA, USC and Arizona State University on measuring and analyzing the human heat comfort benefits of cool road surfaces.