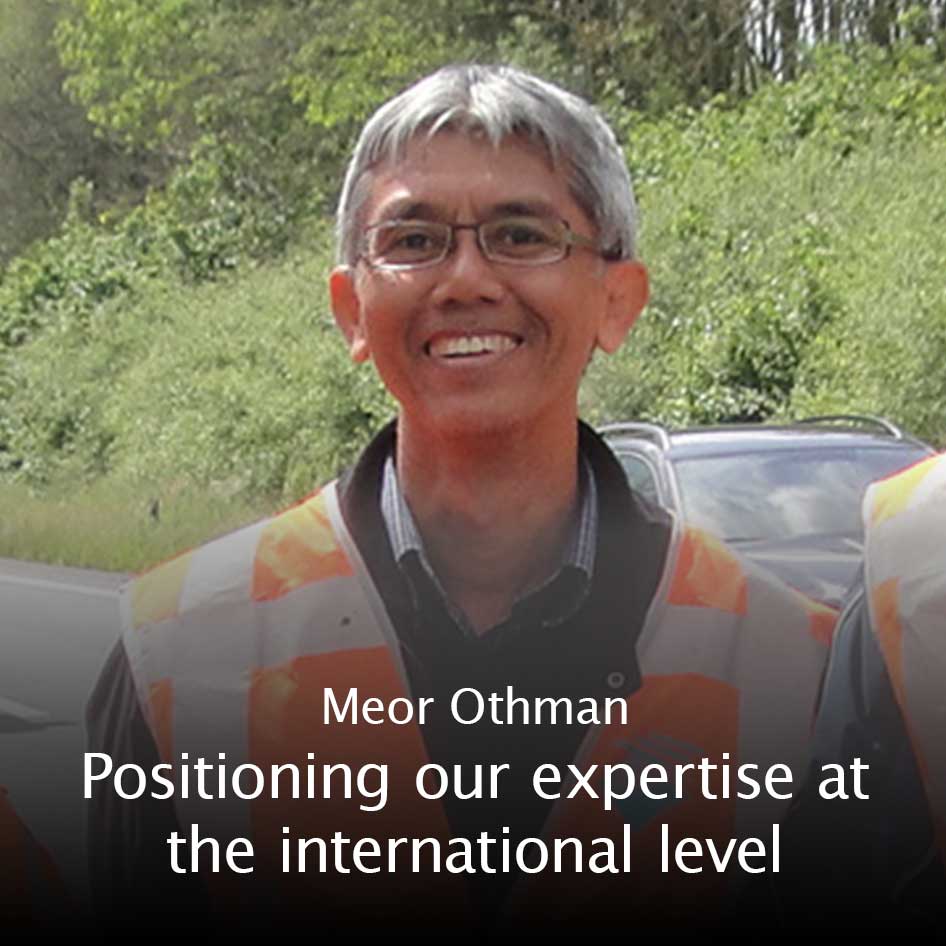 IRF: What was the key rationale behind your research?
Meor: Qualitative measurement to quantify stripping on loose mix is still carried out based on visual inspection using the naked eye. Such measurement technique is inaccurate, very subjective and highly dependent on the skill and experience of the inspector. To overcome this, a two-dimensional (2-D) imaging technique has been developed to more precisely evaluate and proportion out surface failure due to adhesion and cohesion. However, it is obvious that the surface of the fractured sample is not always parallel to the plane of the captured image. This may compromise the degree of inaccuracy when quantifying the percentage of fractured surface area due to adhesive and cohesive failure. This explains the rationale behind our proposal to use a three-dimensional (3-D) imaging technique that improves accuracy of computed surface area subjected to adhesive and cohesive failure, in addition to broken aggregates.

IRF: What are the main findings of your research and what can the industry learn from them?
Meor: The 3-D imaging technique used is an extension to our earlier work on similar subject matter but in 2-D. A more precise and accurate quantification of the fractured surface area contributed by adhesive and cohesive failures can now be easily identified using a high resolution camera. Interestingly, we found out that the failure plane was also contributed by the broken aggregates. These broken aggregates may have been fractured during the compaction process or during mixture testing when load was applied. Possible sources of fracture may include aggregate shape and orientation in the mix. However, the latter is the more likely cause due to uneven stress distribution during loading such that aggregates were subjected not to direct tensile but bending stresses.

For the industry, this paper focuses on warm mix asphalt which is a sustainable material that can, in a small way, contributes to mitigating global warming. WMA enables conventional HMA pavement material to be produced, placed and compacted at lower temperatures without compromising quality or performance. There are also several other added advantages that justifies its wide implementation on roads and highways.

IRF: As a researcher, what is the chief value of presenting your work at an IRF conference?
Meor: The IRF is a global platform. Presenting my work here means fast access to a large audience worldwide. This also helps to position our expertise and institution at the international level. Also much can be learned from the many credible researchers and practitioners who presented their work here.