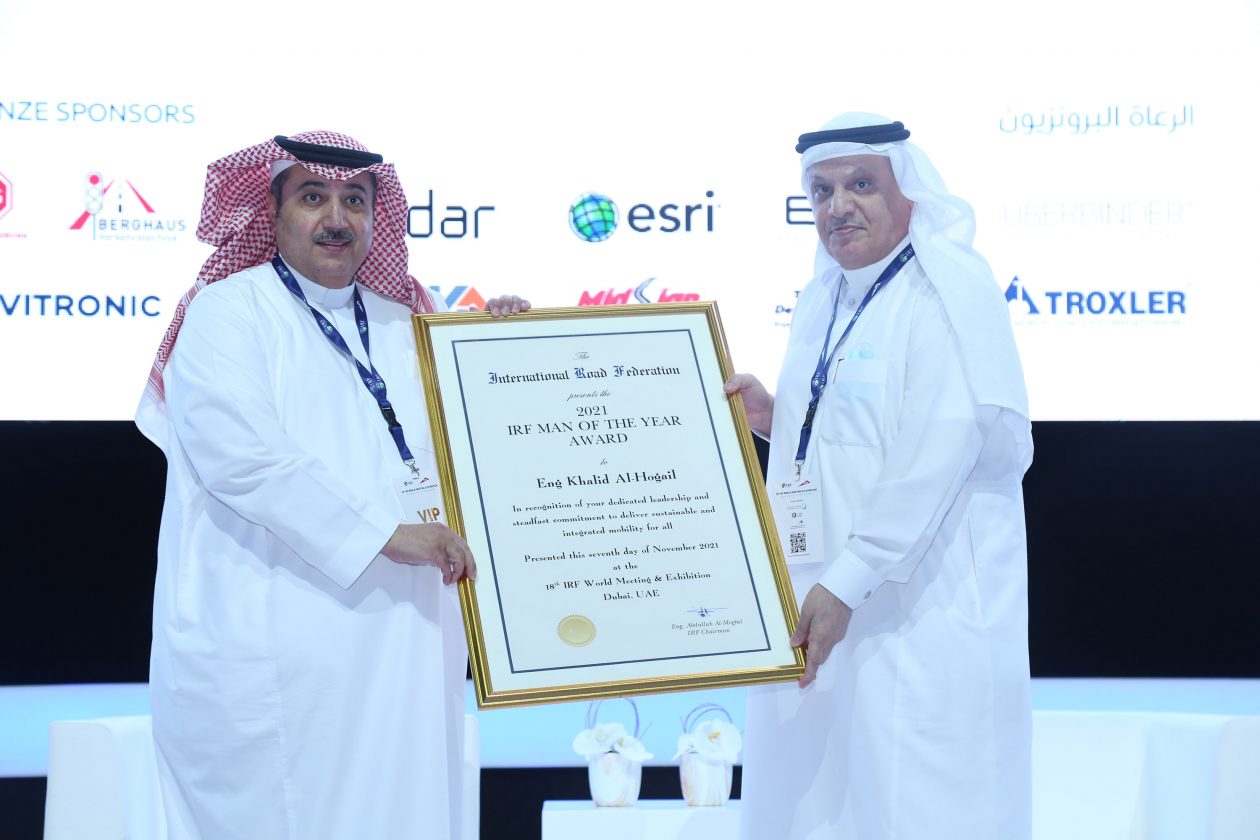 Established in 1951, IRF's Man of the Year award recognizes eminent public, private and education sector professionals with an outstanding track record of leadership and commitment to the road transport industry. Over the years, the award has distinguished some of the world's most influential transport leaders for their work in the field of advocacy, policy, research and educational programs in support of better, safer, and more sustainable road networks globally.

Eng. Khalid Al-Hogail is being recognized for his remarkable contribution in fulfilling a vision of seamless transport for all. As CEO of SAPTCO, he has demonstrated superior leadership skills in attracting global partnerships and forming international alliances, fully readying the Kingdom of Saudi Arabia for the challenges of 21st Century mobility. Al-Hogail’s efforts were recently recognized by his peers who elected him President of the UITP, only the second non-European in the Association’s 135-year old history.

According to IRF Chairman H.E. Eng. Abdullah A. Al-Mogbel, "This accolade crowns an exceptional career and recognizes Al-Hogail’s important contribution to the sector at a time of converging interests between IRF and public transport operators in fields related to ITS, Mobility as a Service and preparing roads for autonomous vehicles”.

Acknowledging the notification of the Award, Al-Hogail stated "I am deeply honored by this recognition. As we look towards a brighter future, we need to keep investing, developing, and innovating.”

The 2021 IRF Man of the Year Award was presented on November 7, 2021 at the Opening Ceremony of the 18th IRF World Meeting & Exhibition in Dubai, UAE.