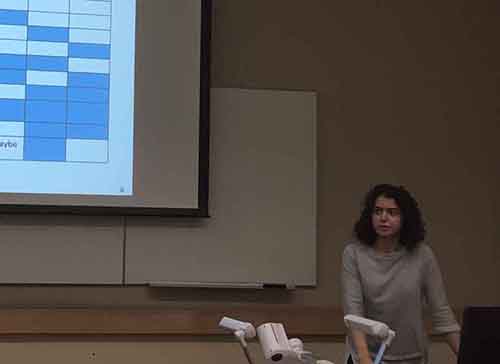 IRF: What did your research identify as some of the main milestones in the progressive uptake of PPPs in the United States?

Medya Fathi: Generally, the shortage of funding, population growth, growing public demand, and aging transportation infrastructure are contributors to PPP’s emergence in the US, particularly rebuilding the old services and improving their quality. With such an urgent need to cut the budget deficit and backlog, and sustain economic growth, in
1991, PPP contracts started under the auspices of the Intermodal Surface Transportation Efficiency Act (ISTEA), which permitted each state to pass its unique legislation on
transportation contracts. This act was a starting point for adopting PPP in DOTs. In 1995, “91 Express Lanes” in California and “Dulles Greenway” in Virginia were delivered through PPP
arrangement as the first projects. Through modification and extension ISTEA in 2005 was changed into Safe, Accountable, Flexible, Efficient Transportation Equity Act: A Legacy for Users (SAFETEA-LU) and in 2012, into Moving Ahead for Progress in the 21st Century (MAP-21). Dedicating annual considerable budgets by Fixing America’s Surface Transportation (FAST) recent act in 2016 also, paved the way for transportation development till 2020. All these main milestones helped the US reach today’s status; however, the progress has been slow.

IRF: What shortcomings do you observe today, and which measures could be taken at the State and Federal level to address these?

Medya Fathi:Despite many countries, America has not adopted PPP as soon as it was introduced. Also, it is still behind the global market with a tiny number of projects. One difference is that states at the local level are allowed to borrow at a lower cost than private investors through inexpensive long-term debt via tax-exempt municipal bonds. There is no similar tax preference in countries with wider use.
The other difference is the lack of a national contractual framework and enabling legislation. Today different market concentration can be found in states. The majority of PPP highways (including Design & Build) are only in four states. PPP’s employment has not been allowed everywhere. Some states have facilitated and some hindered PPPs.
PPP has not become a core mechanism in procurement financing yet. At the federal level, a contractual framework should be developed as a guideline for all states. Also, the federal government should encourage states to move toward PPPs with effective contract terms and mechanisms. At the state level, due to different legislations and various levels of experience, collaboration plays a key role. Australia also lacks a national framework; however, states work together, which is missing here. The earlier movers such as Virginia and California need to share their expertise and personnel. The newly joined states can learn from even Texas, which is not allowed to perform PPP anymore due to the state legislation. Also, states should permit a wider range of PPP options to provide more flexibility and certainty.

IRF: As a researcher, what is the value of presenting your work at a Conference featuring a wide cross-action of actors from the public, private and academic sector?

Medya Fathi:Presenting this work increases the awareness of PPP arrangements, needs, emergence, evolution, major global guidelines and agencies. It discusses the US’s current status in adopting and employing PPP for highway projects. In addition, it has determined which states have procured PPPs and how many projects.
The contributing factors that have slowed down the US in moving toward PPP have been highlighted. While some suggestions have been provided, presenting this work will attract professionals’ attention from industry and academia and encourage them to propose necessary measures and actions suitable for the US, since one country’s findings cannot be generalized to other countries.
Having all professionals from different sectors and also different countries would be a valuable opportunity to discuss each sector’s viewpoints and even recently lessons learned. Experience always helps modify the policies and procedures, same as a gradual increase in risk preference of the private sector.
Among all, the academic sector’s involvement is of great importance as still there are a handful of PPP project performance studies on transportation infrastructure. All construction practitioners, either agree or disagree with PPPs in the US believe that more research is needed to better understand PPPs basics, expand knowledge, educate involved parties, and eventually learn lessons from previous projects like other countries.