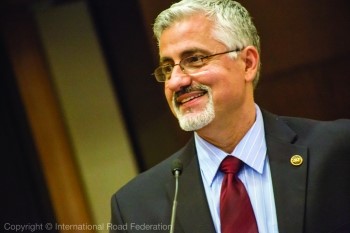 The Use of Reclaimed Asphalt Pavement (RAP) in Hot Climate

What is important about RAP? The use of Reclaimed Asphalt Pavements (RAP) as a recycled component in newly produced Hot Mix Asphalt (HMA) reduces the required amount of virgin aggregates and virgin binder, leading to cost reduction, energy conservation as well as increased sustainable pavement practices. In order to have a successful use of RAP in HMA, its inclusion shouldn’t compromise pavement performance. However, as asphalt pavements age during their service life, the oxidation and stiffening of the binder, especially in hot climates, make it difficult to consider RAP for future uses.

Where is the Hot Climate? According to a recent survey conducted by the National Asphalt Pavement Association (NAPA), Arizona in the hot climate southwest region of the USA, doesn’t use more than 15% of RAP in its asphalt mixtures at the State level. Recent research studies by Arredondo et al. (1) and Zalghout et al. (2) evaluated the viability of using RAP in future pavement maintenance and rehabilitation projects for the City of Phoenix, Arizona. RAP usage in the City of Phoenix has been largely based on the City’s supplement to the 2015 Maricopa Association of Governments (MAG) Standard Specification (3). RAP is not allowed to be used in HMA and its use in other type of fill requires prior approval by the Engineer. RAP is also not allowed to be used as base material without approval from the City of Phoenix (CoP). Based on anecdotal information, the main use of RAP has been for road dust control and dirt street stabilization. 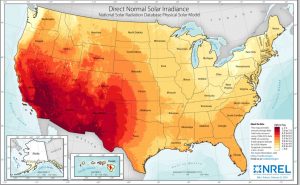 What has been studied and designed? The Arizona State University studies investigated the effect of using two different RAP contents (15%, and 25%) on the City of Phoenix newly produced asphalt mixtures. This was done through evaluating the laboratory and field performance of asphalt mixtures containing these two percentages. Test sections were constructed using a 89mm thick asphalt mixture with a Nominal Maximum Aggregate Size (NMAS) of ¾ inches (19mm) in the base layer, and a 38mm thick Terminal Blend (TR) asphalt mixture with NMAS of ½ inch (12.5mm) used in the surface. The TR mix includes asphalt binder with some polymer and crumb rubber. Test sections were constructed: a control, 15% RAP, and 25% RAP. The RAP used was millings processed and stockpiled at a local asphalt plant. The asphalt binders used were a Superpave Performance Grade, PG 70-10 for mixtures with 0% and 15% RAP, and PG 64-16 for the 25% RAP mixture. The Marshall mix design method was used to design the asphalt mixtures according to the Maricopa Association of Governments (MAG) guidelines. MAG specifications require a drop of one grade for low and high temperature properties when RAP content higher than 15% is used. The test sections were constructed in December 2018 and have been performing very well.
Laboratory testing: for the laboratory study, loose asphalt mixtures were sampled at the plant randomly from trucks. Test samples were prepared by placing the loose mixtures in the oven at the compaction temperature for 2 hours, then filling the material in the compaction mold and placing it again in the oven. Samples were compacted in the Gyratory compactor when the asphalt mixture reached the compaction temperature.

Binder tests included extraction using the centrifuge method, per AASHTO T 164 standard and recovery using a Rotary Evaporator equipment according to ASTM D5404 standard. The high temperature PG grading was conducted to evaluate the stiffening effect of RAP on the binder grade per AASHTO M320. 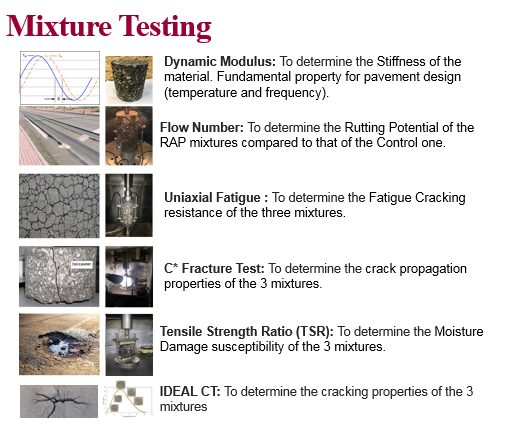 What are the results? The dynamic modulus test results showed that adding 15% RAP to the mix didn’t have a stiffening effect when compared to the control mix. Adding 25% RAP on the mix while dropping one binder grade (PG 64-16) resulted in almost similar stiffness to the control and 15% RAP mixtures. The flow number test results agreed with most studies found in literature, where there is an expected improvement in the rutting resistance of the asphalt mix when RAP is incorporated. In addition, adding 15% and 25% (with softer binder) RAP contents did not have a significant effect on the fatigue life of the mixtures. For the TSR results, all the mixtures passed the City of Phoenix specifications of minimum TSR value of 75%.

The resulted PG of the binders extracted met expectations. The binder testing recovered from the 15% RAP mix showed a slight stiffening effect; however, the high temperature PG grading would not change. For the 25% RAP binder, the PG yielded an increase from 64 to 76. It is noted that the RAP binder by itself had a high temperature PG of 108.

The three test sections showed no distresses per the two site visits in July 2020 and February 2021; that is, 19 and 26 months after construction, respectively. The road is still relatively new, and the RAP base layers are also protected with the surface mix (terminal blend), but the road have already been subjected to moderate levels of traffic and frequent heavy rainstorms during two Phoenix monsoon seasons and during winter.

What is the conclusion? The study concluded that asphalt concrete recycling or RAP can potentially save public works agencies money and earn them sustainability credit. The test results showed that incorporating the two moderate RAP contents even in hot climate regions like the City of Phoenix will not affect the properties or pavement performance. Based on this study’s results, the City of Phoenix is already considering using 15% RAP in more pavement rehabilitation projects and encouraged to use RAP in surface layers.